So We Bought a Whole Frozen Octopus

Every year when we get our taxes done by the same man who's been doing Bill's family's taxes since who knows when, we stop at this seafood place as we're leaving (it's in Massachusetts) and splurge on something (or several somethings) for dinner.

I think we started doing this in defiance the first year we were married - when we found out we had to PAY a couple thousand dollars in taxes that year.  We were stunned, to say the least, and then figured what the hell, we'll pay it in installments over a few months.  In the meantime, dammit, we need to eat.

Continue reading "So We Bought a Whole Frozen Octopus" » 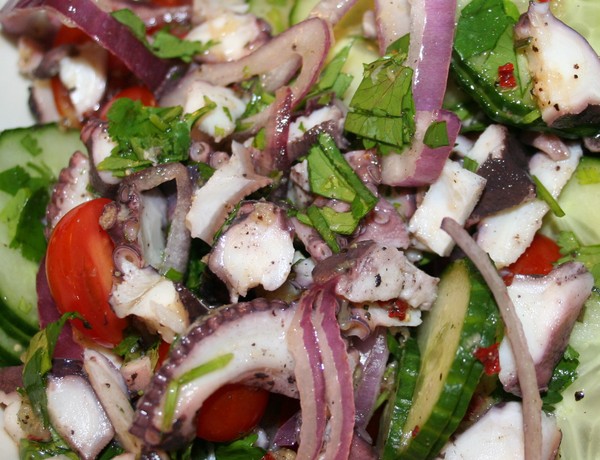